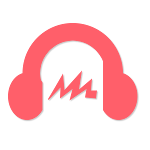 Innovations in technology have a great influence on business models throughout all industries. The MP3 was the most influential technological advancement in the music industry since the creation of the CD in 1982. The MP3 enabled users to compress music files from CDs into a format with slightly poorer quality that could be easily transferred through the Internet. This technology allowed Shawn Fanning to create Napster, the first peer-to-peer (P2P) file sharing network. Launched in 1999, Napster made it possible for users with the Napster software to search for and download music files from other users. It operated using a central computer server that would list users who had certain songs and make the connection between the downloader and the uploader.

On December 6, 1999, the Record Industry Association of America (RIAA) sued Napster, accusing the company of enabling and encouraging copyright infringement. Within one month of the lawsuit being filed, the number of Napster users grew from 50,000 to 150,000 and the number of songs available grew to 20 million (Menn, 2003). At its peak, Napster had 70 million registered users (Janssens, Vandaele, & Beken, 2009). In 2001, the court ordered Napster to block all copyright-infringing files, and it was shut down in July of that year.